Autism Spectrum Disorder (ASD) is a neurological and developmental disorder which affects communication and behavior. Autism can be diagnosed at any age. But still it is called a “developmental disorder” because symptoms generally appear in the first two years of life. Autism affects affects the overall cognitive, emotional, social and physical health of the affected individual.

Autism is called as a “spectrum” disorder because there is wide variation in the type and severity of symptoms people experience.

What Happens in Autism Spectrum Disorder?

The exact cause of Autism Spectrum Disorder is so far unknown. There is no one single cause. However, following aspects may increase the risk: 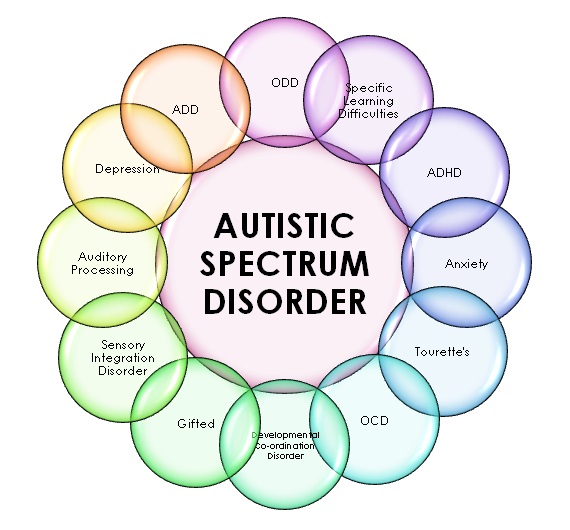 Does Vaccination cause ASD?

No. A number of studies have been conducted to see whether there is a link between any vaccine and Autism. None, of the studies showed any such link.

Can ASD be Prevented?

No. Autism can not be prevented. But with treatment can improve behavior, skills and language development.

The DSM-5 was published on 18 May 2013. autism and less severe forms of the condition, including Asperger syndrome and pervasive developmental disorder not otherwise specified (PDD-NOS), have been combined into the diagnosis of autism spectrum disorder (ASD).

Therefore, now Asperger syndrome is no longer considered a separate syndrome. Now, it is part of ASD.

Population of People with Autism

For Autism Spectrum Disorder, the ICD-10-CM Diagnosis Code is F84.0

F84.0 code is a billable/specific ICD-10-CM code that can be used to indicate a diagnosis for reimbursement purposes.