Mental illness or mental disorder refers to a substantial disorder of thinking, mood, perception, orientation or memory that grossly impairs judgment, behavior, capacity to recognize reality or ability to meet the ordinary demands of life. But it does not include retardation which is a condition of arrested or incomplete development of mind of a person, specially  characterized by sub-normality of intelligence.

Some of the main groups of mental disorders are:

Following are the five most prevalent mental illnesses:

In Adults, Young Adults And Adolescents:

In Older Children And Pre-Adolescents:

Persons with disabilities often face a society that is full of prejudice and cliche about disabilities. And it happens all over the world. Only the degree of severity varies. A social stigma is when people view you in a negative way because you have a distinguishing characteristic or personal trait that’s thought to be, or actually is, a disadvantage (a negative stereotype). 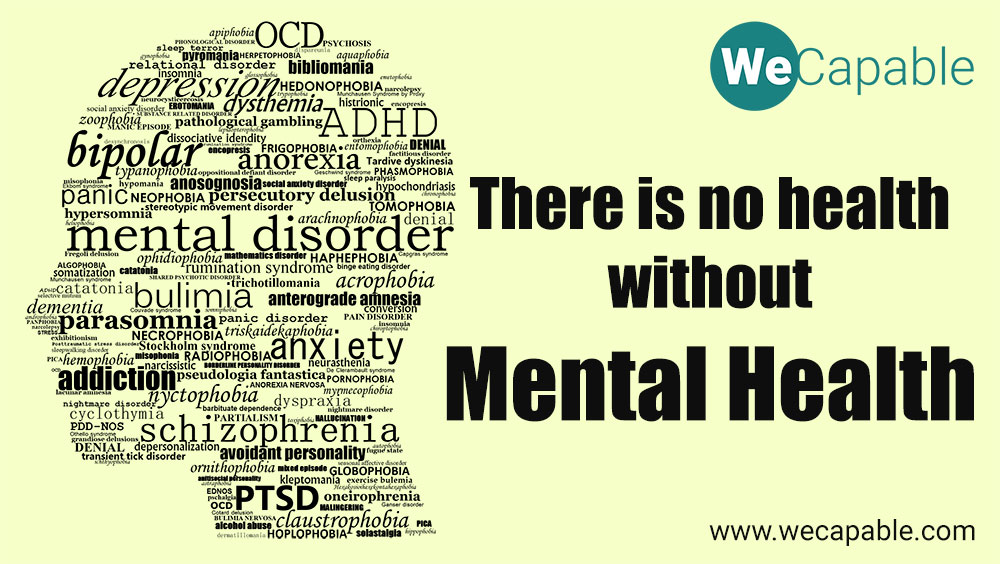 In India, people with mental illness are probably the worst affected by social stigma. The taboo associated with mental illness is so strong that it keeps people from seeking medical help even when they realize that they may be suffering with a mental illness. People often feel reluctant and tend to postpone seeing a doctor. This only worsens that situation.

In general the society is not kind toward those diagnosed with mental issues. The general public does not understand that mental illness can be treated and the affected persons can significantly contribute to the society’s development.

In popular culture (in cinema, TV etc.) also, persons with mental illness are shown to be useless, poor, harmful, comic and targets of jokes.

You if you think that you or someone you know is suffering with a mental illness, it is advisable to immediately meet a doctor. A number of people remain confused whether they should meet a psychologist or a psychiatrist. Well, it does not matter — you should meet the doctor who is most easily accessible to you. If need be, that doctor will refer you to a more specialized medical professional.